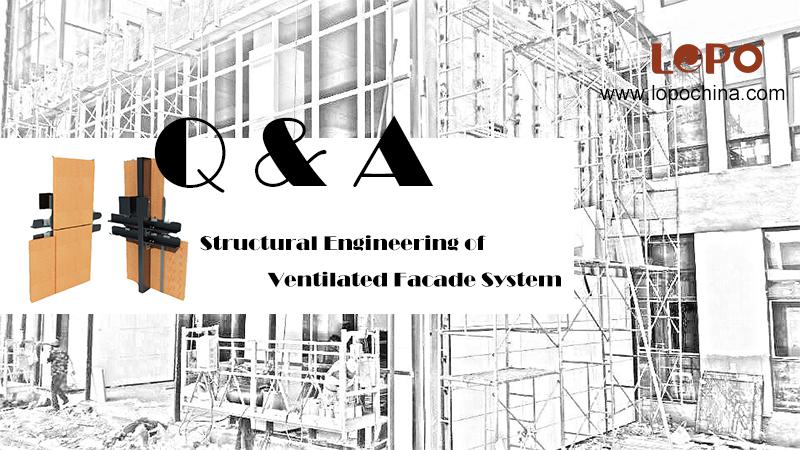 In many of China’s Terracotta Panel curtain wall projects, in order to avoid misalignment of the curtain wall’s horizontal seams and vertical seams, many construction parties use sealant treatment. But looking from the terracotta panel’s hanging system, an open system is recommended, which can effectively take away the moisture from the curtain wall back, and prolong the life of the building structure itself;

As for the open terracotta ventilated facade system, its vertical seams normally use elastic metal lines or rubber strips for waterproof sealing, which at the same time has the effect of preventing the Terracotta Panels from lateral sliding, that’s preventing collision between terracotta panels due to their lateral sliding.

Whether there is any limit of terracotta panel curtain wall division?

In China, for cost consideration, many enterprises develop discontinuous transverse beam hanging system, the so-called short cantilever hanging system or point hanging system. But in a high-rise building project, it is suggested, by adding transverse connection between the stand columns (adding transverse beam connection between the stand columns), to make the transverse keel only with linking function in the structural system, without bearing the main force, and to enable the curtain wall’s keel to form a complete structural system. This can avoid a single stand column to produce axial eccentric tension, and to change the direction of the horizontal seismic force.